I Tried It: Mangos and Cannabis 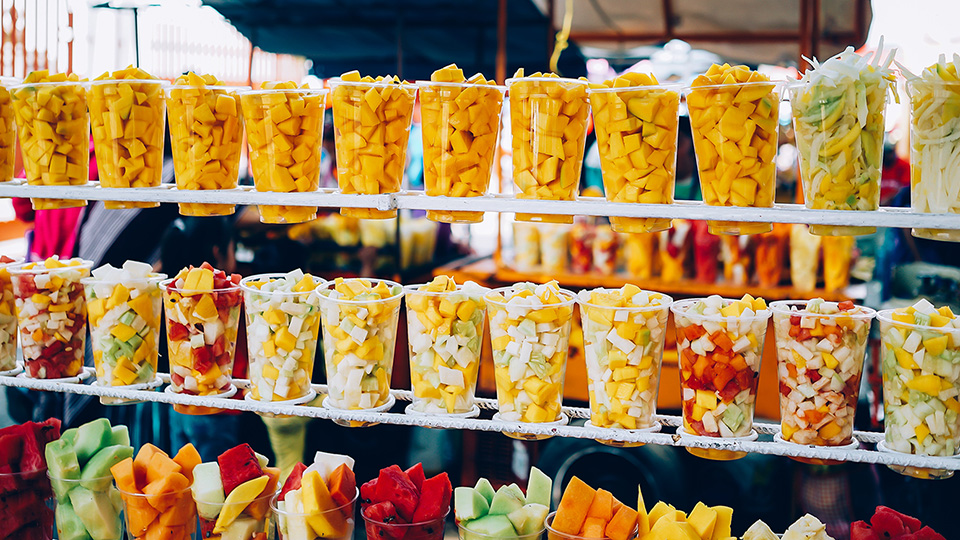 I’ve heard tell that eating mangos and smoking has some great benefits, including reduced onset time, increased feelings of euphoria, and a longer-lasting high. So, I took to my couch, mangos in hand, and gave it a try.

A few things to note before I tell you what happened:

I’ve been binge-watchingThe Sopranosof late, so I got really comfy on my couch, turned it on (Season 2, Episode 3: "Proshai, Livushka" if you’re curious), and settled in. I'm not a lightweight by any means, though my anxiety does get the best of me sometimes (which is why I’m an active consumer), so I took this experiment pretty easy. Once I was settled, I ate five pieces of mango, took three (pretty deep) draws from my pen, and settled in.

I felt pretty high, but not much more than I normally do while smoking. I could still follow the show I was watching, which, if you've ever seenThe Sopranos, isn't easy even when you're sober. I was really happy at how good the mangos were, but I didn't really feel thatdifferent.

Then I fell asleep, hard. I fell asleep so hard that I completely missed my alarm the next morning and missed a 9am appointment. And I didn't just miss it. By the time I woke up, it was after 9am and I truly believed it was only 10 minutes after my alarm went off. The whole remainder of my day was just a bit off.

So, today I did my research and looked into exactly how it's supposed to work. Long story short, I did it wrong (sort of). MostarticlesI read instruct the user to consume mangos (based off their conception of their metabolism) about 45 minutes – 2 hours before they plan on getting high. I didn’t do that. BUT, anotherarticleI read said that as long as there is myrcene in your system, it should work, at least a little.

See, myrcene (a terpene) is the key for this entourage effect to work. It interacts with the already present terpenes in THC to enhance and "boost" your high. Thesearticlesalso mention that pairing mangos specifically with a myrcene-heavy strain (typically found in Indica flower) will increase the likelihood of these effects.

So, my results were inconclusive. But that doesn't mean you shouldn't give it a shot. If I were to try this again, I'd suggest binging on a whole package of mangos, waiting an hour, and then smoking a myrcene-heavy Indica strain, like oldie-but-goodieBubba Kush.

Mango on, my friends!