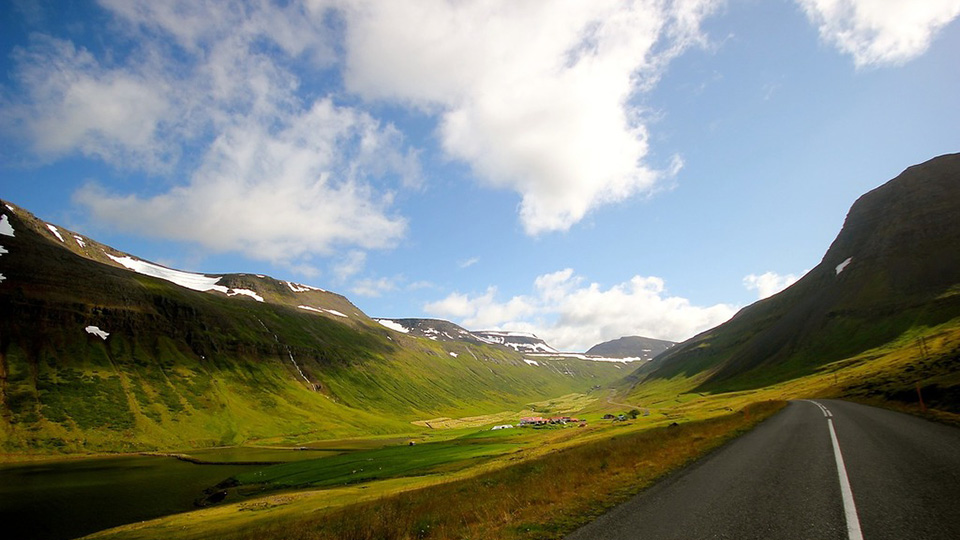 Kansas is the largest state in the union. It isn't Texas, it isn't Alaska. When you drive west on I-70 across Kansas it takes approximately 48 hours to reach Colorado. So, by the time the group reached the first rest stop in "Colorful Colorado," everyone was just about done with each other.

The problem with Eastern Colorado is that it is nearly as wide as Kansas, but you can see the mountains most of the way up, so you always think you are closer to the big city than you really are. Tiva had won her negotiation with the machine back at the rest stop and was well into her second energy drink. Her caffeine-fueled optimism was willing us along the final few hours of highway. Indie had found some brochures about the state and was poring over them in the back seat. We had two weeks to see the city and the mountains and he was in charge of the itinerary for the group. So apparently, we were going to be visiting places he picked out of printed material from the 1950s. This trip was going to be great.

Tiva started to come down as we reached the outskirts of Denver. Watching her swipe through her phone I could tell she was looking for something to do close to the hotel. Between glances at the road and the passenger seat I caught glimpses of “restaurants near you," "ski resort," and "penguin." I didn’t understand the penguin part, but just as I started to ask what the plan was she perked up and asked me, "Have you ever heard of a place called 'The Green Solution?'"

The question brought Indie back to life. For a momenthesounded like the over-caffeinated one. “Heck yeah I've heard of them! My cousin goes every time he comes out here to ski! We are going, that's it.” Taking the time to speak for a few seconds caught up with him, and Indie collapsed back into the comfort of the back seat. Tiva was shoving the phone in my face and as much as I wanted to look, the convoy of semis surrounding us was a more pressing concern. The two passengers started swiping through pages on the screen and it reached the point that I had to see what the fuss was about.

I knew that marijuana was legal in Colorado. In fact, we had planned to try a dispensary or two during our time in the mountains. But I had no idea about this "Green Solution" place.

“It's THE Green Solution,” Indie corrected me. "And we’re going." I pulled the car over and looked at Tiva's phone.

Thewebsitewas way too professional and varied to be something promoting what the folks back home called a "weed store." There were banners for deals, links to educational pieces, and every single product they carried was available for browsing, all on this MyGreenSolution website. "You can order stuff too," Indie offered.

That didn't seem possible so I clicked the "Shop" link. It made me set up an Account which took a minute—literally, a minute—but then I was right back on the shopping pages, clicking on all kinds of stuff that I knew very little about. I ran the order up into the hundreds of dollars, and realized I wasn't so sure which store I had sent the reservation to. "Did you do it??" Tiva was on drink number three now and really wanted her phone back. I pulled back on the highway and asked her to Google where we had made our order. "You don’t have to," she explained. "Every store links you to a map on The Green Solution site."

We pulled up to the location pulsing on the map and it didn't look right. The building was brand new. No one was loitering around outside. The parking lot was spotless. This wasn't a "weed store." It looked more like somewhere you would go to pick up jewelry. Hell, I could take my Nana to this place. A middle-aged professional lady was walking out with a bag with featuring this "The Green Solution" place's logo. A couple of younger people who looked like they had been on the road as long as we had walked in ahead of us. More cars were coming and going from the lot. I was stunned by the overwhelming normalcy of it all. 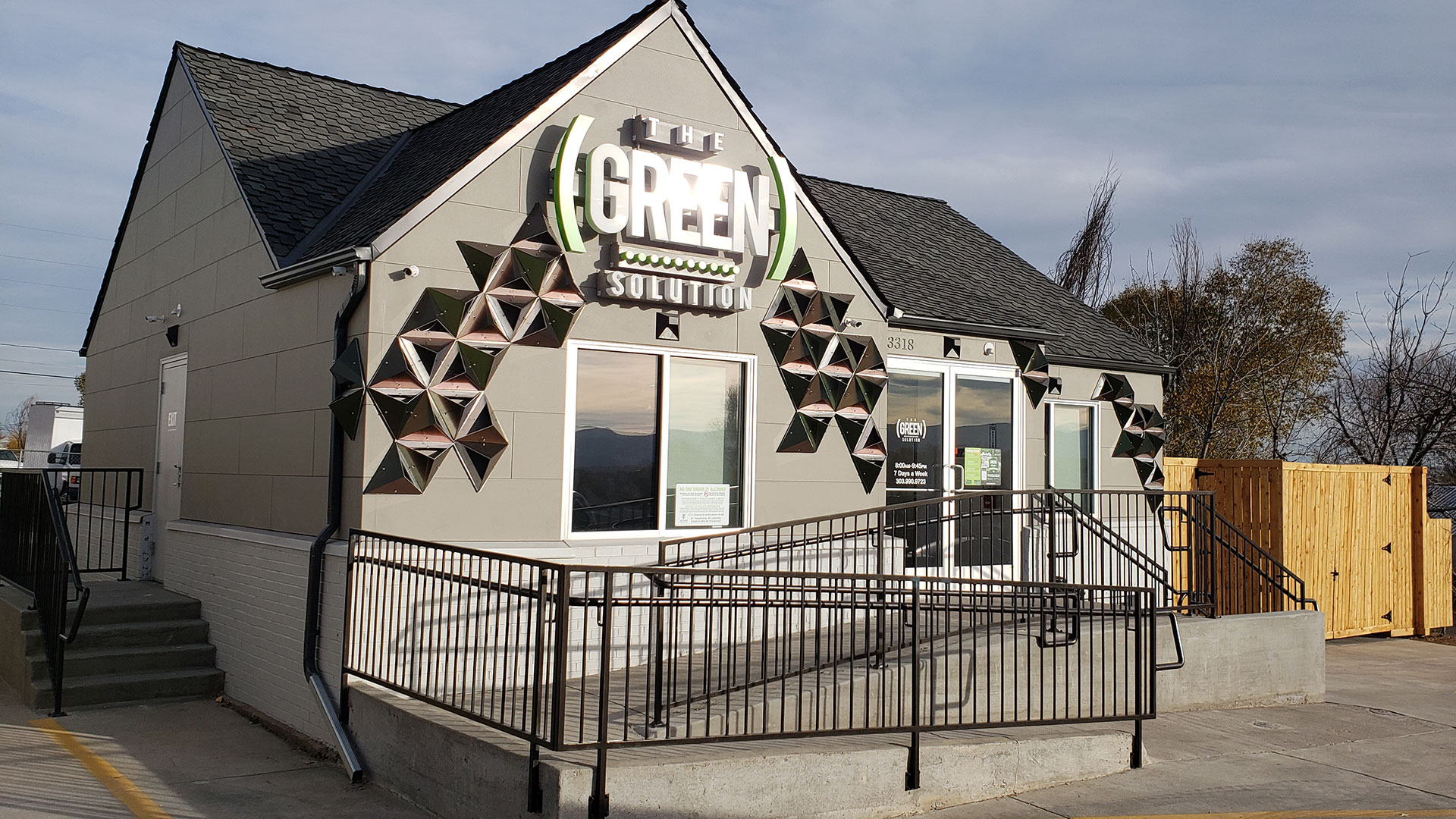 "Well, are you coming?" Tiva was hopping up and down, holding the door open. Indie was slowly looking at the entrance, sweeping his gaze back to me, and then back to the building. They were both very excited.

I froze. A lot of old stories about marijuana came rushing into my head. I looked down at my out-of-state driver's license and the cash in my wallet. I knew this was all I needed to pick up my order, but it didn't look like enough. "Shouldn’t there be, I don't know, some type of paperwork to sign?" I asked them. Indie rolled his eyes. Tiva was starting to pout.

"I mean, it can't be this EASY, can it?" I kept fumbling with my wallet like it was going to ease my anxiety. The website had said they even accepted debit cards. I was certain this was a cash-only business, but I guessed I had one of those too. "Stop looking at your wallet and get…in….here."

We walked in and most of my nerves went away. There was a receptionist-looking guy in a uniform (a uniform!) and at the other end of the room were two windows that had to be where my order was. The ceilings were vaulted and the floors shiny. Another guy appeared in one of the windows and was nearly as excited to see me as Tiva was to pop open her energy drinks. Which reminded me to ask them, "Guys, after this where did you want to--" I turned to get their answers and the room was empty.

The man behind the desk smiled and pointed at a door next to his space. "Are you shopping with your friends today?"

"I thought this was the shopping." I gestured to the window and the attentive guy behind the glass.

"It can be, but this is your first time visiting the state, and our store?" Front Desk Guy was quite perceptive.

"Yeah, we just got in. Found your website and my buddy said we had to come to 'The Green Solution.'"

I shuffled over and started to feel anxious again, but all front desk guy wanted was my ID. "You know you signed up for our Rewards Program, but you should really download the (Green)Lifestyle App." I nearly laughed out loud. Yeah, like a dispensary had an App available online. Gimme a break.

I had a ticket with my name on it and my license back in my hand. A buzzing sound was coming from the door I was supposed to walk through. I pushed it open and could see Tiva and Indie standing in the middle of one of the most surprising places I had ever seen. I walked towards them and realized that I couldn’t stop smiling.

Stay tuned for parts 2 and 3 of our journey. If you're too enticed and can't wait to see things for yourself, head over toMyGreenSolutionto see our online product gallery and make an online reservation at astore locationconvenient for you today!